The balance and importance of commitment

The balance and importance of commitment 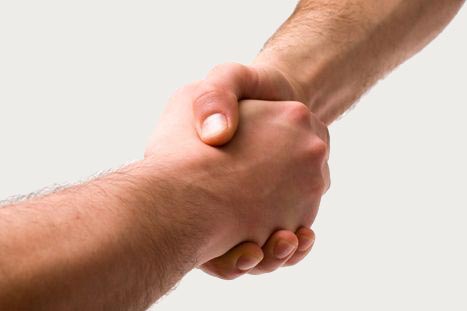 I’ve often thought about my teams and the lack of concern they have when not meeting their sprint commitments resulting in carry over work to the next sprint or release. Is it because I have not explained the word “commitment” and what it truly means to be accountable to it? Is it because of the lack of urgency when not releasing after every sprint or two and waiting three months between releases? Is it because the benefits of meeting commitments and demonstrating consistent predictability have not been explained or felt? It may be because of all of these reasons.

I want to be careful in using the word “consequences” when talking about missing sprint commitments. I find this can easily be misinterpreted as saying fear or punishment should be that consequence. Having teams try to meet commitments because they are afraid of repercussions is an anti-pattern and frankly not a good practice. It’s the same as the notion of getting in trouble if estimates are incorrect – it could build bad habits and the idea of commitment itself could be gamed to avoid negative action by severely under-committing and padding estimates.

Instead I’d like to try to phrase it as the benefits that can be gained for the team by setting and meeting realistic commitments. By consistently meeting our commitments we can show a consistent velocity which makes us predictable. This will help to determine how long it will take to deliver something. It will help us to estimate impacts when team members are gone. It will help us to push back when the business wants to add to the sprint or release. By demonstrating that we know our capacity, we can commit to the right amount of work and satisfy the business with consistent and predictable delivery and that will build trust.

Notice I say meeting our commitments instead of exceeding. By consistently exceeding our commitments it means that we are not predictable if we continue to get more done than we committed to. Yes, this is going to happen from time to time, but it should not be consistent because that could point to a trend of either poor estimating or under-committing to make ourselves look more productive. Can we sustain the pace of consistently getting more done and increasing our velocity each sprint? Probably not, or at least not with a happy team.

Conversely if we are consistently over-committing and not meeting our commitments it also points to a predictability issue. If we are not finishing the work we committed to, it’s hard for other teams to trust us when they are dependent on work from our team. It is hard for the business to trust that things will be released on time. Often times we do not want to say no to things and sprints get overloaded. No one wants others to be mad at them but no one wants to flake out on their commitments either. In a “do more with less” attitude, many times things just can’t all get done. It goes back to WIP and bottlenecks – no matter how much work we push into the Sprint, it is only able to be completed at the rate of the slowest part of the chain (think The Goal and Herbie). So pushing more work in and committing more will not make us more productive no matter how hard we work.

By establishing and maintaining a consistent velocity, it gives options to balance the work that needs to be done with the amount the team can handle and deliver with a better certainty. Focusing on the benefits of meeting a commitment with a consistent velocity is a much better approach than repercussions. Commitments should be just that: commitments – a dedication, a pledge, a responsibility, an accountability.