Promoted to Guest – when I had the bullseye on my back

Promoted to Guest – when I had the bullseye on my back 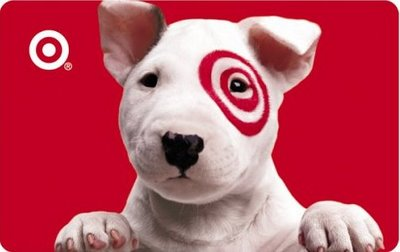 As some of you know and some of you do not I was part of the biggest layoffs in Target Corp history. 13 percent of Target HQ equaling over 1700 people lost their jobs in a period of a few months, most being let go in what turned into a media heyday in mid-March, or as I have coined it Tuesday Bloody Tuesday.

I have no qualms with Target as a store or a corporation. I understand the algorithms they used and the strategy behind the layoffs. I still think it is a great company and I would definitely work there in the future. All I have to say about the experience is how sad it was. It was sad to see team members who had spent large portions of their career there being let go with the masses of other people. It was sad that my boss and his boss did not know I was getting let go. It was sad to not be able to say goodbye to my co-workers. It was sad to not have a place to go to work the next morning, or even that afternoon. It was sad because I loved my job at Target; it was the job I had been looking for over the past couple years and I jumped a few companies to get to it. I did not see it coming. I kept thinking it was a mistake and I’m sure others were as blind as me. But I do not want to make this all about me.

“Happiness can be found in the darkest of times, if one only remembers to turn on the light”. It reminds me of all I have to be thankful for. I am thankful of the great severance package I received so I had time to find a new job that was right for me. I am thankful for the wonderful support of my friends, family, and professional network both in Minnesota and around the country for being so willing to reach out and make connections for me and provide guidance and advice. I am thankful for the great job market for Agile professionals (I’m still getting emails with positions). I am thankful for being in a good place financially, almost being done with my Masters, and not having any family responsibilities that depend on me to worry me.

The hardest part was not going to work. Everyone said, hey you can have a vacation! But that’s not really me. It seemed fiscally irresponsible though I had the severance. So many people told me how jealous they were, which was maddening because all I wanted was to be back at Target. Looking for a job was stressful. Interviews were stressful. Working on my thesis for 6 hours a day or more was stressful, but I had to keep myself busy to keep my mind off what my teams were doing without me. I worked out a bit. Not as much as the naysayers said I should – these were the ones who told me to take vacation, too.

The first time I went back into a Target it felt wrong. I didn’t know if my discount card would work. I was waiting for my RedCard to start on fire. It was no longer the carefree shopping experience of when I had a few minutes over lunch to browse; it was what do I need versus what is a want that I shouldn’t buy in case I don’t find a job? I no longer obsessively looked at Cartwheel to see what was on sale that I “needed.” No longer tested out lists in the Mobile App. I sent back my corporate phone and went back to a pre-Target one (which I soon after lost and then had to get another new one). I thought about sending my stuffed Bullseye back with it (maybe headless…just kidding). It stung to have been “promoted to guest.”

So where am I now? I just moved to Best Buy, to a very similar position that I had at Target. I took the plunge to form my own LLC and am now an independent contractor/consultant. I am only on day two of my new job and I know that others from Target are still looking and I am open to help in any way that I can, just as they and so many others did for me. So this is my heartfelt thank you to everyone who helped to support me during this transition.

Those in the same situation as me have formed a great network to help each other through online. It has been vital for sharing encouragement, wishes of luck, sorting through feelings, sharing contacts, and posting job opportunities. It makes us feel like we are not alone, and though I was not part of the Target family for long, they embraced me with open arms as one of them. I hope this post helps to provide inspiration to those who are still looking and working through this transition and can begin to repay the favor. For those of you who have not been through this, be thankful and don’t be jealous. Most of us would much rather have been in your shoes instead of taking this forced “vacation”.

And as a final teaser, my Master’s thesis defense is in a little over a week. After that I will start posting the results in shorter blog increments here.